If you could travel anywhere in the world right now, where would it be?

I’M GOING TO ITALY…in Spring 2015. I know it’s a long way away, but I’m so excited to be going. It will be for a few months as part of my Junior Year Study Abroad!

It look me an extra six months to reapply and to be accepted, but I can finally go! I will be in Florence, and I hope to explore other places and countries as well when I’m abroad!

So, where is your favorite place to travel? What do you like about it?

Have an awesome Tuesday!
xxoo

Television. It is a huge part of our lives, and lately, it seems to be heading towards the path of social media sites. Sites such as Netflix and Hulu stream shows (some for free), making it possible for viewers to access content on a device other than their television screens.

Is that a good thing? It means that technology is advancing, that new breakthroughs and ideas are coming to light each and every day in this fast-paced world of ours.

Technology is an amazing thing, but it is also terrifying. And it’ll keep changing, evolving into something bigger and better. And I guess we’re just going along for the ride.

So, what do you think about the advancement of technology?

Have an awesome week! xxoo

P.S. I’ve decided to try something new out, a Quote Of The Day (QOTD)! Let me know what you think of this idea 🙂

Today’s QOTD: “The real problem is not whether machines think but whether men do.” -B. F. Skinner

Do you ever have those days where you feel out of it? Like your head is in the clouds, and everything seems out of place. It’s like you’re moving in slow motion, while the world around you is hustling and bustling along. It feels like you’re in another place, waiting for something to shake you out of your reverie.

My life has been like that for the past few days, as if I’ve been living in one big daydream, but hopefully I’ll settle down soon so I can get moving on my summer plans.

So, what are your plans for the summer? Mine are to write, work, and sleep.

Hope you all have a great week! 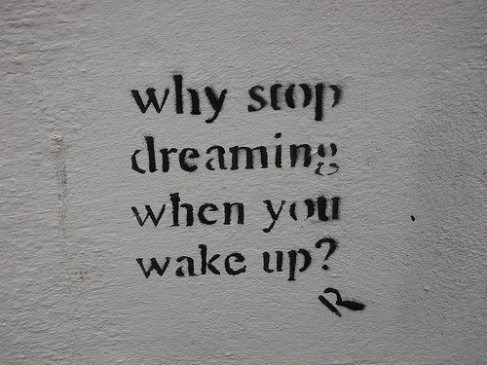 As you can guess from this posts’ title, I’ll be writing about windows. Windows are a large part of our everyday lives. We use these sheets of glass to look outside, to explore our environment. We cover the windows to block out light or things we’d prefer not to see. We use them to breathe in fresh air, or close them to avoid odors. We look at the people outside, perhaps wishing we were in their postion, or instead feeling safe inside. We use windows to stare out of while daydreaming in class, or to allow ourselves a brief reprieve from studying. We open them up to let in the sun, or close them against the rain. We look outside to see the beauty, or hide from whatever is out there.

There’s a saying that “the eyes are the window to the soul”, but, the question is, do we want to look inside/outside? Or do we want to close the window shut, to hide away from what we fear? Windows are simply large glass sheets, yet how we use them makes them so much more complex and important.

So, what do you think about windows? (Lame question, I know, but forgive me, I’ve been in the library studying for the past few hours :))

I hope you all have a fantastic week!

I’ve seen a few foreign films in the past few years, and I’ve learned that while they might be hard to understand, they are extremely captivating and interesting. While you’re watching, it is almost like you are gaining a new perspective, a new look into another culture, learning how the characters interact with each other. How they are different from us, and how they are similar. Watching these films teaches you about who you are, where you come from, and reminds us that the world is a diverse and beautiful place to be living on.

Have a great week!

I am a Nerdfighter. If you don’t know what that is, Google it! Anyway, while chatting to a few online friends, I realized something. What if everything we’re doing right now, in the present, will one day be just a distant memory from our “glory days”? Would you want to remember everything how it was, or would you rather move on towards the future?

I honestly don’t know, but for now, I’m pretty content with staying in the present, because then, I can shape my “glory days” to be the way I might think I’d like them to become.

Hope you all have a great week! DFTBA.

Everyone needs a second to take a deep breath and focus. Today, I feel like I need more than one to be able to focus. Hopefully I’ll get that chance tomorrow.

Hope you all have a great week!

I love to clean. Not all of the time, but whenever I have some free time, if I’m really bored, or usually, if I’m procrastinating on my homework. It’s kind of relaxing for me, especially because it gives me a chance to distract myself and focus on making something neat.

….Looking back at what I just wrote, it seems a bit odd to be hearing that from an 18 year-old college freshman, especially because college students are notoriously messy. Which I am, just not so bad that my room smells of stale food or alcohol….hopefully it’ll stay that way.

One part of growing up is figuring out your identity, who you are, what role you play in society, and what you’ll do with it. For the past few years, it’s a question that I’ve yet to find any answer to. It’s like a grey cloud over my head, and above it are two choices; sunny skies or a rainstorm.

And I don’t know which one to pick. Maybe it’ll take me until my death to figure it out, or it could be in the next minute or so…but until I get any idea of what/who I want to be, I’ll just have to keep exploring and searching for it.

Hope you all have a great weekend! Stay warm!

Have you ever known someone who just doesn’t have a mean bone in their body? Someone who always gives and cares to others, but doesn’t want anything in return. Someone who always has a kind word to say, or who is always there when you need them most. Someone for who if you could, you would give them everything in the world just to show them how much you care for them.

Today, I received a package from someone who is the reason for this post. And even though this person didn’t know how I was, or what kind of day I was having, they sent it just because they care.

So for that someone in return, I can’t give you the world, but I hope one day I can make them proud, and show them just how much they mean to me, and that they’re the person I strive to be like when I grow up.

Follow When Life Hands You Lemons… on WordPress.com
Join 2,608 other followers